Waiting For A Miracle 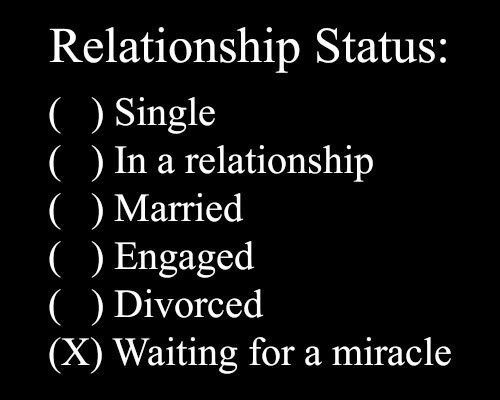 So imagine waking up one day and realising you’re the only… single… person… in… your… friendship… group.  Now I know that sounds dramatic, and I’m not some social reject with only one friend, but of those who I call my bonafide friends, the ones I check for, the ones who know me beyond my Facebook statuses, I am now an endangered species.  One minute we were all social (ish) – nights out, impromptu dinners (well, as many as I could get away with, being a mum) to changing plans because friends are going on double dates, or simply not hearing from them at all.  Omari Hardwick is the only Ghost I ever want to deal with…

My love life is a real battle ground and has been an endless source of entertainment for my friends over the last couple of years.  You see, in my mind, if you went into a bar and ordered me, I’d be a Guinness.  Not the Irish weak-ass version,  no, that’s for beginners.  I’m the export version: dark, full bodied, the good stuff.  I consider myself accomplished with more to conquer.  I love hard and work hard.  The thing is… I’m out of practice.  I have no game whatsoever, and not quite sure if I want to deal with the inevitable bull that comes with finding a man.  My recent track record alone should put me off for life.

From situationships with narcissists, to a constant stream of crushes on inappropriate men, it’s been interesting but exhausting.  There was the guy who, whilst I was driving at the national speed limit, thought it was appropriate to ask me whether I thought the semi-nude photos he’d had taken were hot.  I’m tired and I’ve been driving hundreds of miles in and out of London, and now I’m driving your arse home to East London when I live in South.  Not once did the words “You ok?” escape his lips.  Then he spat the dummy when I called him out on it. *Sigh*

In another incident, he asked me for a lift home after both of us had been working until the early hours. He sat daintily in the passenger seat while I put petrol in my car… at 4 o’clock in the morning.  He then watched me struggle to reach my purse under the mountain of sh*t he’d dumped on top of my bag.  After eight months of backwards and forwards, plus footing the bill for most things as he wasn’t working, I realised I couldn’t justify the level of stupidity I’d sunk to.  Having previously been in a relationship filled with love, respect and support, my heart knew this guy wouldn’t ever be for me.  Plus, as the mother of a young boy, I need to be mindful of the men I have around me.  To paraphrase my favourite digital big brother, Derrick Jaxn, single mothers are a different kettle of fish when it comes to dating.  We are assured, focused and don’t waste time.  I was angry at myself more for investing as much as I did, and falling for some pretty salacious bars.  This is why we’re told to fall in love with the way a man treats you, not what he says.  Hmm… the bars were undoubtedly good though.  So good that, though I’d known him for a while, I looked at him in a whole new and unexpected light.  He was the best lesson I could have possibly learned about treating myself better. 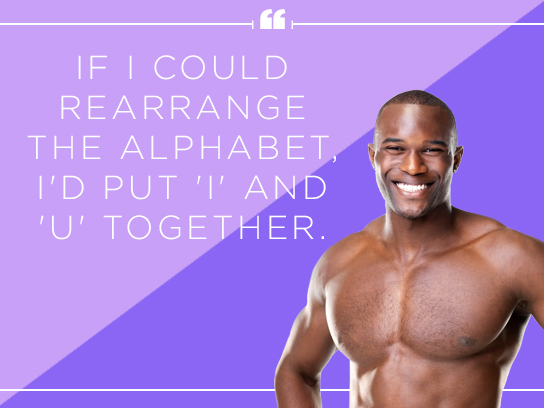 There was also the absolute hottie (there lies the first problem) who was accomplished, sexy, entrepreneurial and driven, who dropped me a message on Valentine’s Day (second problem: drop an invitation to dinner, hell, leave a card on my desk bruv – SOMETHING! We work in the same business!), was a tiny bit stingy, and subscribed to the “all women want is my money” syndrome that most guys seem to have.  He was, and is, a nice guy.  I think the slight interest , if any, died when he randomly asked me if I had a boyfriend, and I wet myself laughing.  It was nerves, and a tiny bit of over-excitement that he was even checking the lay of the land.  It was an epic fail as I’d made him feel like “a dickhead”.  His words, not mine.

There’s also been:
• Mr “I Don’t Want To Date Another Woman With Kids”
• Mr “The Things You Do Make Me Love You So Much More – And Surprise – I’ve Got A Woman And Two Kids!”
• Mr “Yeah Let’s Meet Up…What Do You Mean It’s Coz You Fancy Me? Why Would You Mistake The Barry White Tones And Bars For Interest?!”

So after these experiences I’m torn.  Whilst I’d like someone for on tap cuddles and low key trips out, I also have some personal goals I need to fulfill, and I tend to get caught up when loved up.  I’m stuck between the rock solid “Why are you not married yet?” side eye that my mother has started giving me, the lack of male hard places to explore, and my insatiable need to do more in the world.

So I’m leaving it up to you.  Even though I’m the most risk-averse person ever, I’m going to challenge you Lurvlees to challenge me.  I could maybe take the leap and try to find my boyfriend in 30 days or something.  Bear in mind I have no game, and talking to a guy renders me stupid.

I can focus on raising my son, world domination and continue praying to the universe, as I have done for the last three years, that he’ll come.