Nothing Short Of Greatness – Trent Shelton Was Live In London – Yup! 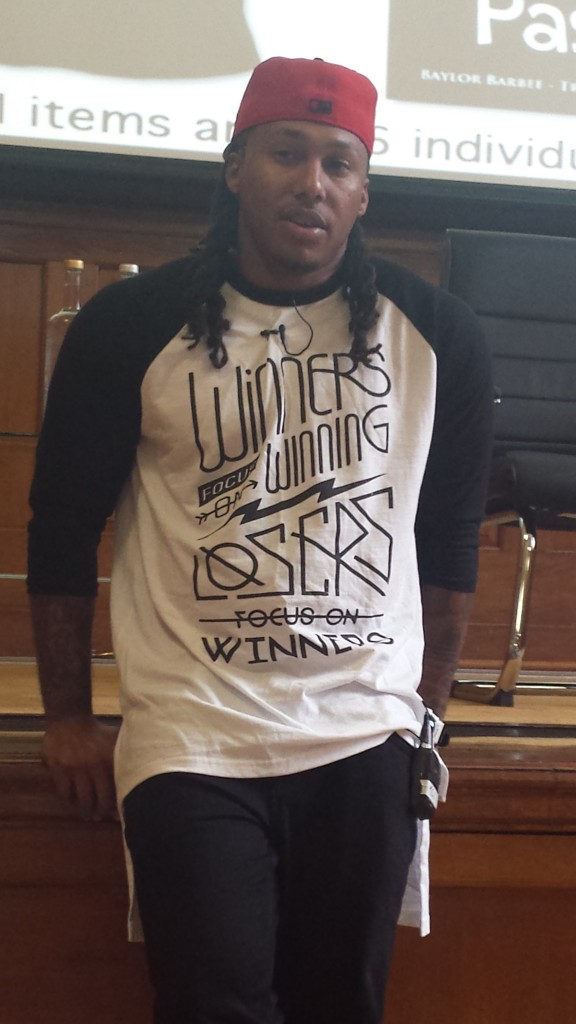 On 5 July 2014, Trent Shelton came to speak in London as part of the Nothing Short Of Greatness tour, and there was no way I was going to let the opportunity to meet him pass me by!  If you don’t know who he is, here is a little background…

He is a former NFL player, turned motivational speaker, and everything he does, he does in God’s will.  His website biog states: “As a child, all Trent wanted to be when he grew up was a professional football player.  While he achieved his childhood dream, the former NFL player’s career was a shaky one where he felt incomplete while constantly chasing after worldly things to temporarily fulfill the voids in his life.  It wasn’t until Trent hit his lowest point, after being released from multiple NFL teams along with the birth of his son, that he decided to work on becoming the best person he could be.  In March of 2009, Trent picked up his iPhone and started sharing two-minute videos of his progress as a means of helping him stay accountable while bettering his life.  He ended each of his videos with “It’s RehabTime.” A couple years later, those two-minute videos evolved into RehabTime Organization, a nonprofit with a mission to promote change for the better by uplifting, empowering, and demonstrating that “change starts with you,” from the inside out, through the development of faith, self, fitness, relationships and leadership.”

The first time I’d heard of Trent was some time last year when I came across one of his videos entitled ‘Breaking Your Own Heart’.  Man.  I’m convinced that he had been eavesdropping on my phone conversations with friends, before making that video, because it couldn’t have come at a better time!  Everything he said was just so relevant, naturally it only made sense to follow him and his videos on social media, and pray that I was able to meet him in person one day. Today was that day. 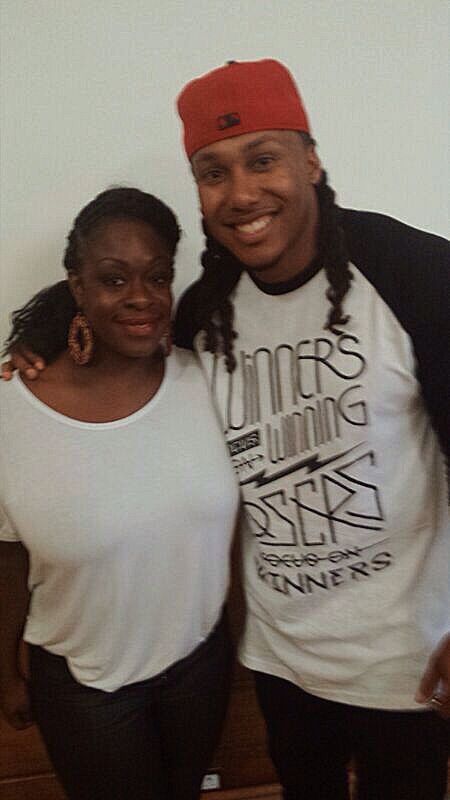 As a VIP ticket holder (yes dahling) I was part of the small audience who were treated to a Q&A session with Trent, before the main seminar, where he told us to respond to things we agree with by shouting “YUP!” instead of applauding.  It didn’t really happen without Trent’s prompts though, people were too shy.  He answered questions such as, “What inspired you?” “How do you stay humble?” and “If it’s broken, can we really fix it?”  Most of his responses basically centred around it being God’s will.  It’s that simple.

After the Q&A, Rondell Anderson, the young founder of the Nothing Short Of Greatness event, then welcomed all the other attendees, gave a little introduction to what the day would entail, and then invited people to stand up and give testimonies about how they came to know of Trent Shelton, and what made them come to the event.  I don’t know if I’ve ever felt more blessed for the life I’ve had, because some of the stories we were hearing… wow.  One woman has been able to leave an abusive relationship, and has been kept strong and motivated with Trent’s videos.  Another woman told how her partner of many years left her, because she couldn’t conceive a child.  There was a woman whose Muslim family has disowned her for falling in love with and marrying a black, Christian man.  Another woman was there with her teenage son, and told us that they had managed to escape her violent husband, and made a new life in Scotland, where they had travelled from for this event.  The young son had discovered Trent online and told his mum that he thought it would be good for her to check out his videos.  The man sitting directly behind me had travelled down from the north of England for the day, just to attend the event.  He told us that he had abused drugs for years, and while in treatment, he became a born-again Christian.  The way he thanked Trent for his inspirational words and videos made Trent well up.

Trent then started the seminar and here are a few of the things he said: 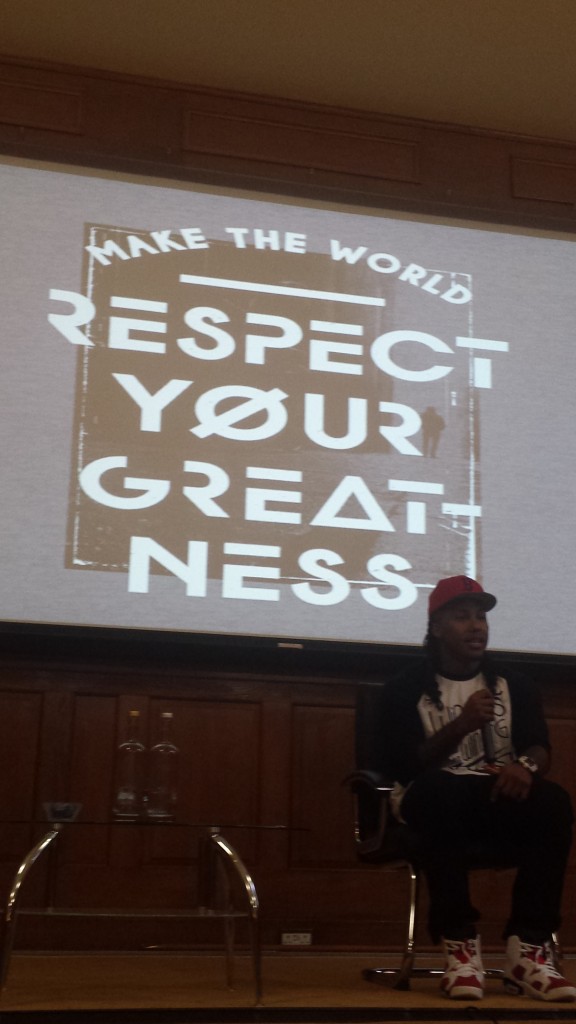 “A hater is someone who admires what you do, but shows it in a different way.”

“The people who love you the most, sometimes support you the least.” 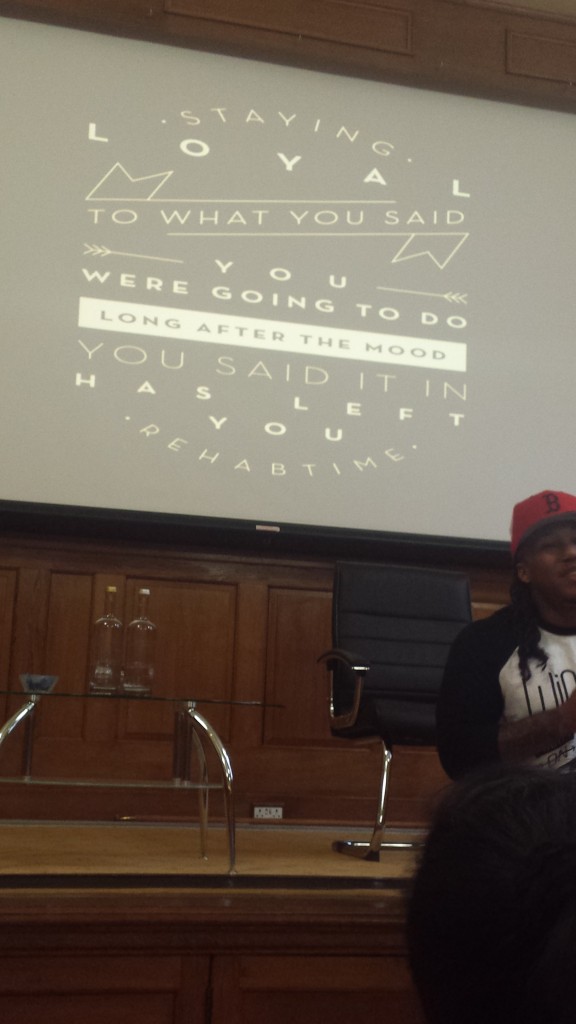 “Stop with the New Year’s Eve mindset.”  New Year’s Eve is when a lot of us make promises to start doing something, then quit before February even comes.  Be consistent with what you say you’re going to do, and stick to it. 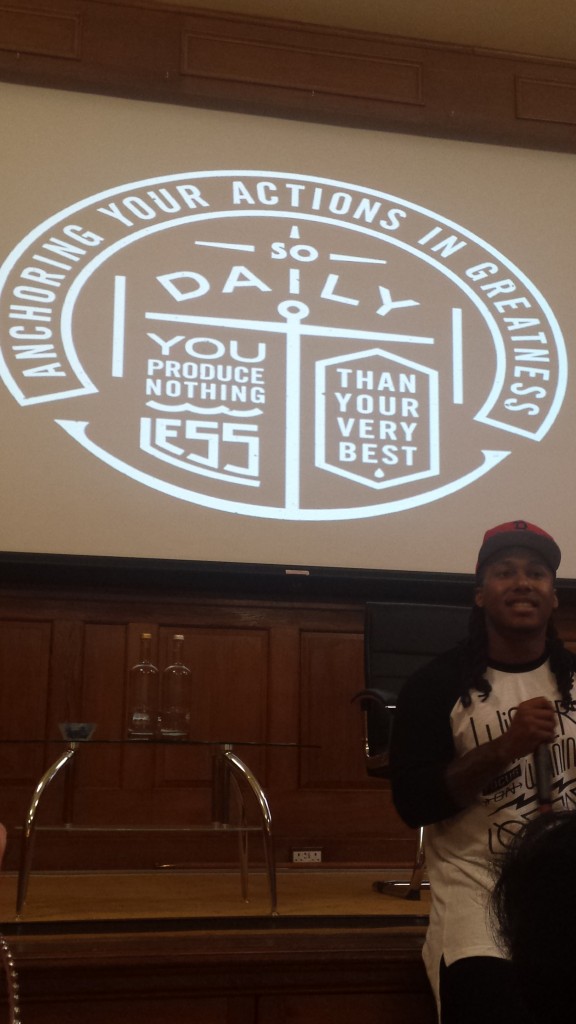 “Your complaints are somebody’s blessings.”

“Failure is when you give up.” 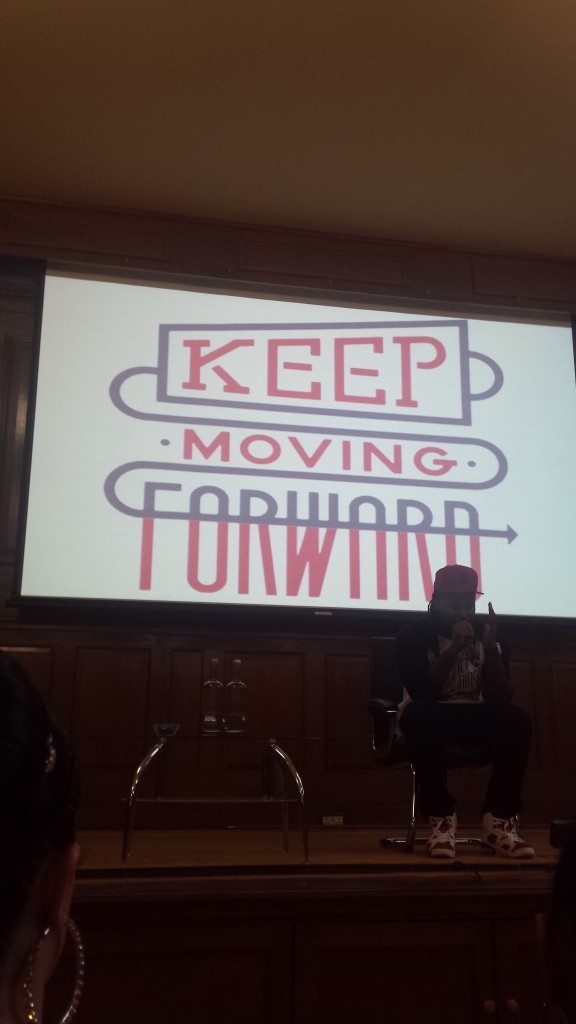 Looking forward to the next visit, Trent!