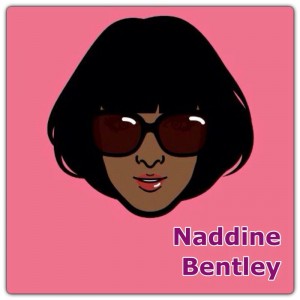 I wouldn’t say I am trying to move in with Lee, but I admit that more and more of my essential things have a place in his bottom drawer that he kindly gave to me.  In fact everything in that drawer is a duplicate of what I have in my house; you move in when you take something from one house into another, I have merely purchased brand new things to ensure that I am comfortable, whilst in his space, and that is the difference.  However if he asked me to move in with him I wouldn’t say no .

Being with him is just so easy, nothing is a problem.  He cooks, I wash up.  He washes the clothes, I iron them.  He puts the garbage out and I put a new bag in the bin.  He goes down on me, I go down on him, and sometimes we do things together, such as food shopping, walks in the park, dining and 69’s… yeah you get my drift.  It feels couple-ly, nice, cozy, lovey dovey… just nice.  Actually it is more than nice, nice is a bit bland, it feels exciting, sensual, confusing but pleasurable, like well-made Amaretto sour.

I love his ways, his humour, humbleness, adventurous ways and just him.  I think I am falling in love.  I mean I like him a lot.  I look forward to seeing him and there are days where I just don’t want to get out of his bed.  I could lie in that sexy four pour poster bed with my long legs intertwined in his for, like, ever.  If I did this I would probably starve to death, fail all my ambitions and end up being agoraphobic, but logic is not meant to be applied to what I am saying.  Love has no logic, it is a crazy feeling to describe, but I like it.  I love him but… I will refrain from telling him for now. 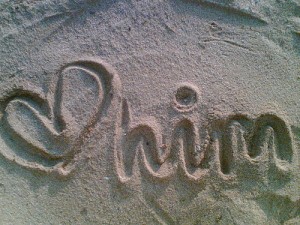 At the moment, everything he does that I like, I find myself mentally ticking off my third-eye check list and smiling to myself, something I think I am giving away my internal approval through my eyes.  My soul is doing backflips and my eyes are shining in delight.  I know he has seen that look, and so far he isn’t scared off it.  Last week I wore heels to work and by the time I got in my feet were killing me.  There were major delays on the roads, so rather than waiting another 30 minutes for a non-existent bus to come, I walked very slowly to his house.  Wearing heels up a hill is no joke.  As I come out the station, the bus is usually there 4 minutes later, so I have never needed to walk before.  I will not be doing that again.  (Note to self: buy some flats to leave there).  Anyway when I got in I threw off my shoes and flopped on the couch, while moaning in pain.  Lee came over and just started rubbing my feet.  The internal sensations were strangely euphoric, and dare I say, heavenly.  My brain kicked in to try and make sense of all the different sensations, but the only sound I could hear in my head was Scooby Doo’s confusion noise – “Huh!” Without any nudging, prompting or asking, Lee did this of his own accord.  Like he just did it.  He used his intuition and made a lovely gesture.  I didn’t even want a foot massage, as I hate people touching my feet, I just wanted to take the sadomasochist shoes off (shoes are meant to love your feet, no?), but a massage was exactly what I needed.  I looked at him in appreciation, he looked at me and smiled, I looked at him deeper and then I saw that he saw “the look”.  “The look” says many things in one go, and upon reflection, I think I was clearly saying the following all rolled into one stare:

“You are worthy enough to have my babies.”

“You are a fine specimen of a man.”

“God damn your hands are amazing.”

“I have found a man who uses his intuitive side.  I have found THE ONE (literally the one out of millions of men – joke. Hmm kinda joke, but no offence men, ok?)

“Thank you for appreciating me.”

If I thought harder enough, I could probably reveal a lot more.  I thanked him with a long passionate kiss, and just when I didn’t think it couldn’t get any better, it did.  He ran me a nice hot bath with candles all around, and when I came out, he dried me down and then creamed me from head to toe, massaging every part of my body, in the candle lit bedroom, with fresh silk sheets.  I love this man. I’m just scared of telling him.  It’s like there is some hidden rule that you have to work out very early on; if you love a man you have to keep your mouth shut in case he isn’t ready. When a man reveals he loves you, then it kinda means he is ready for commitment and you now have licence to share your true feelings.  It’s frustrating.  I have experienced this before, and I don’t want to chance it just yet.  I feel like Lee loves me through his actions, but he could just like me and be caring and mindful to my needs; there is just something about hearing those 3 words, “I love you”.  Taking nothing away from his actions, I want to hear it.