Why do a lot of women in their mid-late 30s seem to be struggling to find men who are serious about being in a relationship?

There was a recent discussion on this topic on Facebook, and some of the many responses included:

It’s the difference between when I was single and women were saying they want a man like me… just not me.  Or they can’t trust a man like me. Or blah, blah, blah!  Now I’m in a relationship and women are saying, “Goals!” or “You two are so cute!” or “Power couple!” Yet I ain’t changed at all!  I still talk the same shit, and act more or less the same as I always did.  That’s why I chuckle at daft broads!

Some women are attractive on the outside, but have ugly personalities, and when the fellas they lust…  sorry I mean like… see those ugly traits, they bounce.

Some of them claim to be seeking relationships, yet what they’re doing in reality is just collecting gbola (d*ck).

Many haven’t been taught how to be part of a relationship, only what to expect from men.  So they sit around, just expecting a man to perform like an acrobatic gymnast, instead of being pro-active in actually understanding men, and adjusting attitudes accordingly.

There are PLENTY of (good) men.  A lot of them just aren’t 6 ft tall, have 6 packs, drive fancy cars or look like Tyson Beckford.  A lot of good men look like the average Babajide.

Some of these ‘attractive’ women claim to be selective, but they always seem to select ‘f*ck boys’, knowing they are just that.  Some of these f*ckboys TELL them they’re f*ckboys, but the attractive women act like he’s speaking a foreign language, and still go ahead.  Then when said f*ckboy does what f*ckboys do – hit that and bounce – said attractive woman will go crying on the shoulder of either the next grinning f*ckboy, or the good guy who is just looking at her like, “REALLY??”

One thing to note is there’s A LOT more women than men.  Notice I didn’t say ‘single’.  That’s because even some married women are acting like f*ckboys too.  Go to your average social event and you’ll see the ratio for yourself; 70% women, 30% guys.  So as a result there are so many available options to guys, plus the fact that a lot of attractive women aren’t even serious in the first place, AND the fact that fellas have non-biological clocks and are in NO rush… 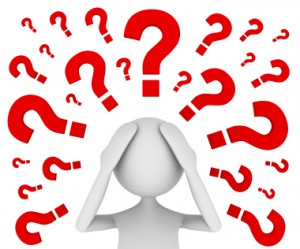 Having observed many a female always yearn for relationship, marriage and children (life goals), it is a bit surprising when a GOOD LOOKING FOINE GAWJUS female is single in her mid-30s.  Men are even shocked, cause many a good man should have snapped that Empress up.  However, from the comments above, it shows she is guilty of her own misfortune at times.  I acknowledge some men may also not be up to scratch.

When good men have approached, they might not meet an extensive criteria, and are then placed in the Friend Zone.  Flexibility is not apparent (as mentioned above in the comments, I think), and the females dem may even feel if she is flexible, it means she is ‘settling for less’.

I also think though,  in this day and age women are, like men, enjoying singledom (lol).  Many a foine gawjus sistah is out there, earning good money, living independently in their own properties and careers, travelling, going to carnival, in shape, educated and knowledgeable. They are also in all sorts of social circles, at book clubs and bars, doing their thing on social media, and maintaining healthy relationships with family and friends of various backgrounds.  They are ‘living’ to the fullest, and not looking back. Being in a relationship could end all this, making it slower, having to compromise, focusing on different goals, and some may even realise that being in a relationship where they can’t do these things as freely as they would like, may not be the path for them after all.  But where we focus on women a lot, and where I agree many do think a relationship/marriage is their end goal to ultimate happiness, it may not be.  Times have changed and I feel we are in a interesting time (especially with the use of social media).  Do we uphold traditional milestones, or pave a new way?

Oh and another take on it is – supposedly these dating apps make relationships COMPLICATED (that might be exaggerated).  As illustrated in that hilarious show ‘Insecure’, people can get the sex like they were ordering a pizza.  Swipe, arrives, bang, done.  As I said, we are living in a very interesting time.  The value we have on sex is dissolving, and sex used to be one big reason to be in a relationship and marriage once upon a time.  When it is so easily accessible, what does it mean and what impact will it have for future relationships and marriage? Easy come, easy go, they say.  Just something I ponder.

Plus on another level, pressure from parents to be in a relationship and married may have eased off.  There are so many factors to consider. What do you think?