Men Have More Issues Than We Give Them ‘Credit’ For! 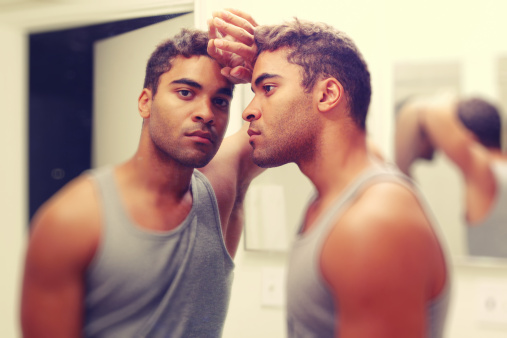 So I recently ended a relat… no… an involvem… no that doesn’t work either… I ended a… the only word I can think of is a ‘situationship’.  Yes. A situationship.  This guy is a commitment-phobe, but not due to the usual reasons of missing out on nailing every woman out there. Either way, it just doesn’t work for me.

I really liked him. He was cute, made me laugh a lot, I was very comfortable around him, and he had ambition.  From the beginning I had told him what it was I was looking for when it came to dating; I wasn’t dating for the sake of it.  I was looking for something that would turn into something else significant.  A relationship.  Apparently he wanted the same.  OK, cool.  Initially it was going well, no rush, just enjoying and getting to know each other.  But then you always reach that stage where you wonder what you are to each other and if you want the same things with each other – the dreaded “What are we?” conversation.  Since he hadn’t asked or said anything, I asked.  He told me that he would like to be in a relationship eventually, but because his last relationship didn’t work, he felt a bit as though maybe he’s not meant to be in one, but was definitely going to be open to it and get rid of his negative view.  He wanted us to take it a day at a time.  OK, fair enough, patience is a virtue.  A couple months went by and I felt that not enough effort was being put in from his side, so again I asked what the deal was.  Again, he brought up the fact that his last relationship didn’t work out, and that he’s not sure what he wants with me, because he’s afraid that if he gets into a proper relationship he might not make the other person happy, and if that happened with me, then we might fall out and not even be friends.  He said that one day he thinks “Yes, let’s do it”, then the next day he thinks “No, what if it doesn’t work?”, but at the same time we never know what can happen in the future. This is what made me realise that it was a ‘situationship’.  I’d been seeing someone for months, but he wasn’t my boyfriend yet and I didn’t know if he was ever going to be, but I was doing girlfriendly things.  I’m not here for that, I deserve a lot more.

As much as this was him trying to ‘have his cake and eat it’, he’s also afraid of his own happiness.  Rather than accept his last relationship wasn’t meant to be, he has chosen to punish himself and women who might want to be with him by blocking the possibility of making a relationship work.  There was no cheating involved with his ex, their personalities just didn’t match, so it’s not the usual heartbreak story – it’s pride, because he used to be a player and feels stung by the fact that he consciously decided to stop that lifestyle, but that decision hasn’t been a success instantly, yet he “don’t wanna be a player no more” (like Joe).  He has decided that he is an island, so will stand alone and care for only himself.

A friend of mine is with a guy who is now her boyfriend, but initially was making their relationship difficult, because he says he doesn’t trust any woman – not even his own mother.  Apparently women are the ones who betray the most.  Yes his mother is around, and he is close to her, he just doesn’t trust her.  Have you ever heard such a thing?  He is slowly working on not being suspicious of my friend, but will allow things that bother him to bug him until he’s pissed off.  Issues.

Another friend of mine didn’t believe in marriage, because they all fail.  Allegedly.  As a result, a long-term relationship he was in came to an end, which he regrets, and he now behaves as though he doesn’t need to be serious about anyone, because he missed the boat.  How sad.

I think emotional issues have to stop being predominantly associated with just women, because I’m pretty sure there are a lot of genuinely nice men walking around.  It just doesn’t show, because a lot of them have issues.  The difference is that women will seek help and guidance with theirs, and sometimes even be ridiculed for doing so, whereas men will either not acknowledge theirs, or not realise that they will cause problems in the future.  Many say: ‘That’s me’, ‘that’s just how I am’, and that helps none.  If you want to be at a certain place, and but your ‘me’ brings the same criticism from different people, everyone can’t be wrong.

Guys: Seek professional help in private if you have to.  Confront your insecurities head on, figure out why you’re basically hiding, and open yourselves up to the possibility of finding the one who is perfect for you!  No matter what you might say, everyone wants to be loved.