Why Getting Married At A Young Age Isn’t So Bad 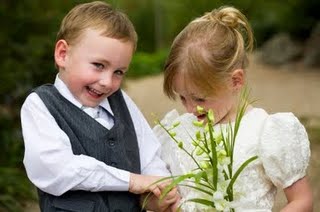 My future husband and I actually first spoke over the phone, when I was working for an online magazine.  All I was asked to to do was to interview him, which I did.  After the interview, he said I had a nice voice and a unique name, and that he would like to talk to me more. Strangely enough, in all my other interviews I had actually blocked my number, but just that once it completely slipped my mind and it had shown up.  So he asked “Is that your number on the caller ID?” and I (had to) say “Yes”.  That same evening he called me at around midnight, and was asking me for my email address to add me to his MSN Messenger (back then it was the in thing).  I was shocked and a little annoyed as to why he couldn’t wait until morning, and why he chose to call me while he was out with friends.   Anyway, I gave him my email address (I was meant to take his email too, but couldn’t be bothered, and pretended to be writing it down).  We started talking on MSN, met up a week later, and we have been together ever since – nearly nine years ago now.

As for a proposal – I am still waiting!  We always knew we were meant for each other, so when the time was right, we discussed it and set a date. I’d rather have an amazing marriage and lovely husband and life, than receiving an amazing proposal from a man who turns out to be a letdown as a husband.  We said ‘I do’ when I was 21, and it’s the best thing I ever did!  My friends and family thought I was crazy.  However, they didn’t know how good it was to be loved, and to have found someone so early on that supported me.  Through university he would stay up late with me, sometimes until morning, to help me finish my assignments.  Someone that only has your best interests at heart, and someone who loves you, even with all your faults.  I was very much looking forward to growing with someone in every way possible.  I had always wanted to be married at a young age.  I have always seen the good in marriage, and not the downs.  My mum thought the worst thing I could have done is get married before finishing university, establishing a career and living life.  But who said that life is over after being married at a young age?  I’ve never understood that.  The negatives that people suggested never fazed me. 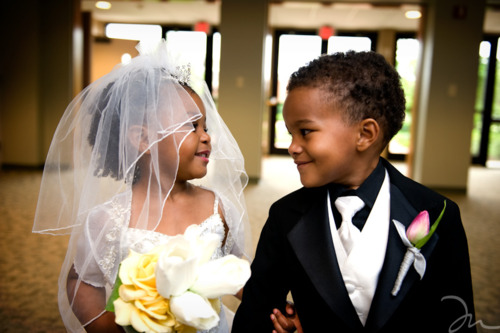 I would like to think I did all that a 21 year old is suppose to do.  My clubbing days were every Friday and Saturday night (sometimes Sunday night), out until 7am like most young people.  I had amazing holidays abroad with friends.  But I did all that with my husband too.  I think I was able to do so because my husband and I are alike and enjoy each other’s company, and over time we shared mutual friends.  Some of my university friends couldn’t understand how I was married and still able to attend uni.  In my first year I was only there for a a maximum of three days a week, and my housemates would hardly see me.  After a while they understood and made peace with the fact that I had different priorities in life, but I was still able to have fun, travel a little, and be married.

All in all, it is absolutely possible to be married at a young age, and still live a full life.  You just have to be mature enough, selfless enough and have the willingness to learn, accept , tolerate and set boundaries.  After having a child, things have slowed down for me, but picked up a pace in other ways, but I was ready to move on to that stage in life.

Married life – seven years this year – has been good.  Yes, it is constant work.  The grass is not greener, and you will always have ups and downs in a relationship, but it’s how you deal with it, and come up from the downs that will determine the rest of days.  I believe that doing things together as a couple helps to build a good marriage.  I am a happy wife, because I have a good husband and I enjoy being a wife, and now a mother.  I would like to think that the reason my marriage works for me is due to the fact that I have kept the traditional values in it (take it the way you like).  God is important to both of us, so we are able to worship The Lord together, and pray and fast together.

Many people miss out on the opportunity to create a good marriage, due to unrealistic fantasies about how and when it should be.  But you should always know where you stand, and what you want in life……