Ask The People: How long do you think it takes to know that you want to be in a relationship with someone you’re dating? 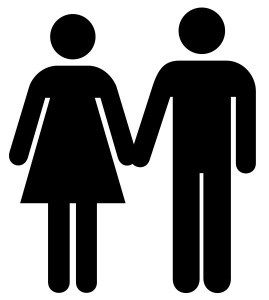 “Three months deep… you know it’s a likely possibility.
Six months deep… you decide to stay or leave.
Nine – twelve months deep… you have a conversation on how and when to merge lifestyles. (Still early days yet, so if the answer doesn’t coincide, cut it loose…. CUT IT LOOSE!!)
18 months deep… y’all have a decent chance to make it work. (Unless of course one or both parties are broken  and are afraid of commitment yet want and will do what it takes to benefit from the illusion of commitment, without the labels of such.)”

“At three months you have an idea, but are both playing a part.  At six months both get comfortable and true colours emerge.  At this stage you decide, ‘can I tolerate his crap and live with it?’  12 – 18 months do I want to spend my life with this person?  This is the all or nothing stage.”

“It really does depend on different things, but I’d say three months of dating is enough for me to know if I want to have a relationship with them.  It’ll actually be quicker I think, ‘cos we’re talking at least six physical dates, not to talk of other means of communication.
Anything more I always say will be determined after the first proper argument.”

“Within 3 months, in my opinion.  I do a lot of filtering processes during that time, in relation to how he deals with vexation, but if there is anything that I’m not feeling, that we can’t work out, I’ll part ways, no drama.”

“I’d say I would know by a month of dating.”

“I’d say less than two months. When you know what you like and need in your life, it’s easier to make that decision, in my opinion.  Also, sometimes you just know that you can have a relationship with someone (within the first few dates). You just need the time to confirm it.” 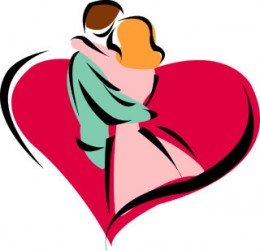 “It depends on how often I see and communicate with him.  My relationships always have a crazy intensity from the get go, where we’ll see each other at least three times a week, once we’ve got jiggy, coupled with lots of calls daily.  This gives the ‘impression’ that we know each other very well, and the relations held in one month would match those that have been in a 3 month relationship, seeing each other every week or so with calls in between.  So in my instance it’s a month or so.  My beaus rarely have the convo with me, and the ‘girlfriend’ line is dropped when introducing me to family or friends, which I’ve accepted followed by a private convo.”

“Some relationships flow along the grain easier than others, and each relationship’s amount and pattern of communication differs too, so it depends.  Once I have weeded out that this is a good’un, and if I speak to them daily, see them a couple of times a week and they show me they ain’t here to mess about re: their actions, proclamations and intentions etc, then I’d like to think two months-ish.  That said, I’m a patient person, so if I don’t see all of that straight away, then I’ll hold out on claiming a relationship until maybe six months or so.  After that time, if I haven’t heard certain words then they are not serious, in my opinion.  By the way I wait until the man clearly articulates that I am his girlfriend before assuming any ‘relationship’ is taking place.  Generally, I think men take longer to come to these decisions than women, so I wait for them to make the move, as and I’m not about the coercion life.”

“A guy has told me upon our first date that he thinks he can love me.  I asked him what has helped him come to this conclusion.  He said you’re the first woman I’ve met that I’m 100% sure I could take to my mum and she’d approve.  I laughed a bit.  It made sense.  But I had to make sure I pointed out to him that I was not ready to meet his Mum.  Of all the mums I’ve met, it hurt me more to break up with her than him.  I’ve still got a mum that calls me to make sure I’m okay and stuff.  She’s lovely, but I feel awkward as she still lectures me about her useless son, and that I am and forever will be her daughter, yada yada yada.  I can’t do the intense stuff at all.”

“I don’t really know WHEN I know if I want to be with someone.  But I know when I don’t.”